Bitcoin demonstrated that it was possible to operate a decentralized network and have value flowing between its users through a subtle balance of economic incentives among its participants. EOS goes much further by enabling decentralized applications to be deployed on its network. However, there are significant differences between the two protocols :

In this article, we will explore in more detail the mechanisms for funding and governing the EOS blockchain.

Like most open blockchains, block producers and validators are rewarded through inflation. On EOS :

The idea is to finance both the 21 producers of active blocks, but also those on the waiting list, so as to be able to cover the maintenance costs of an infrastructure permanently connected to the network.

Governance and updating of the EOS protocol

The governance of EOS is based on the delegates elected by the token holders. The protocol shall be updated as follows: 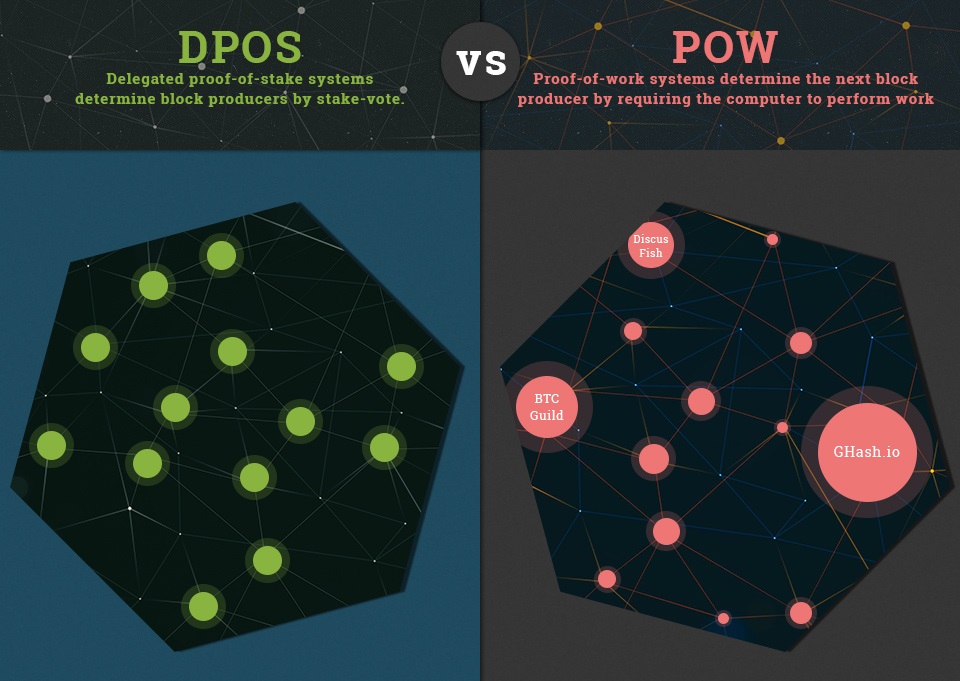 The idea of EOS and its DPoS is therefore to minimize the number of block producers, in order to ensure a very rapid spread of information. With only 21 delegates, the performances advanced by the Block.one team are extremely impressive:

Vote for EOS block producers with Scatter and franceos portal

This site uses Akismet to reduce spam. Learn how your comment data is processed.